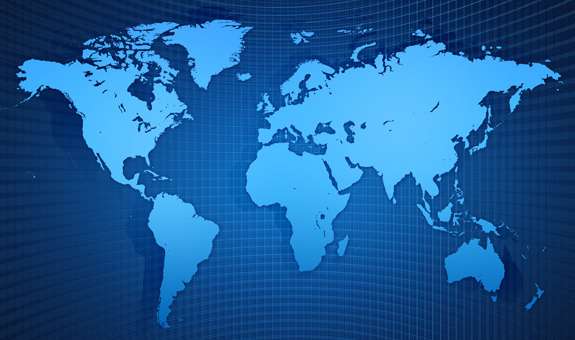 A person physically in the United States, who expresses a fear of persecution on account of race, religion, nationality, political opinion, or membership in a particular social group, is eligible to apply for asylum. While some of these categories are clear, others, such as what constitutes a “social group,” is subject to significant litigation in federal courts. If a person receives a grant of asylum, he or she will subsequently be able to apply for adjustment of status (green card).

NOTE: On October 24, 2007, in a case called Matter of N-A-M-, 24 I. & N. Dec. 336 (BIA 2007), the Board held that in order to be considered a “particularly serious crime” under section 241(b)(3)(B)(ii) of the Immigration and Nationality Act, 8 U.S.C. § 1231(b)(3)(B)(ii) (2000), an offense need not be an aggravated felony under section 101(a)(43). This means that “once the elements of an offense are found to potentially bring it within the ambit of a particularly serious crime, all reliable information may be considered in determining whether the offense constitutes a particularly serious crime, including but not limited to the record of conviction and sentencing information.”

Even if you meet the above criteria for asylum, you may be barred from seeking asylum under certain circumstances. Some of the bars to asylum include but are not limited to:

Warning Against Filing a Frivolous Asylum

If you file a frivolous asylum application, you will be PERMANENTLY BARRED from seeking any form of discretionary relief in the United States, including adjustment of status, cancellation of removal, or voluntary departure.

For immigration purposes, an asylum application is frivolous if any of its material elements is deliberately fabricated.

Remember, the credibility of your claim is at issue in an asylum case. What you write in your application, and what you say under oath in an asylum interview or in an immigration court, will decide whether you are a credible person and have a credible claim.

If the immigration judge finds that you have filed a fraudulent asylum application, not only will you have a deportation order that will be difficult to reverse on appeal, but you will never be able to apply for any other form of discretionary relief!

So, if you knowingly submit a fraudulent asylum application, you are subject to the harsh penalty of permanently becoming ineligible for other relief, regardless of sympathetic circumstances.

A frivolous finding is basically a “death sentence” for immigration purposes, so you should never file a frivolous application.

The Attorney General may not remove a person to a country where his or her life or freedom would be threatened because of his or her race, religion, nationality, membership in a particular social group, or political opinion.

To win a claim for withholding of removal, you must show that there is a “clear probability” that you will be subject to persecution if forced to return to the country of removal, or that it is “more likely than not” that you would be persecuted if you are removed to the home country.

Of course, this is a higher burden of proof than the showing of “past persecution or a well-founded fear of future persecution” required for asylum. However, unlike asylum, which is a discretionary form of relief, withholding of removal is mandatory once you establish that your life or freedom would be threatened in the proposed country of removal on account of race, religion, nationality, membership in a particular social group, or political opinion.

If granted withholding of removal under INA § 241(b)(3), the applicant can remain in the United States, but can NOT be granted lawful permanent resident status (green card) on that basis.

Additionally, a grant of withholding of removal only means that you cannot be deported to your native county; if and when the United States government finds another country that will accept you, you will be deported to that country.

Article 3 of the United Nations Convention Against Torture protects aliens who fear torture in their native country. Unlike asylum and withholding of removal, CAT does not require that the alien be persecuted on account of race, religion, nationality, membership in a particular social group, or political opinion.

Convention Against Torture is a treaty that prohibits the return of a person to a country where there are substantial grounds for believing that the person would be in danger of being subjected to torture if returned to his or her native country.

“Torture” is defined in Article 3 of CAT. There are no bars to eligibility for Convention Against Torture, and those who do not qualify to seek asylum can nonetheless seek protection under CAT.

To win a Convention Against Torture claim, you must prove that it is “more likely than not” that you would be subject to torture if forced to return to your native country.

If you are granted protection under Convention Against Torture, you cannot be removed from the United States to the country from which you fear being tortured, but you can be removed to any other country if that county will accept you.

A grant of CAT relief does not entitle you to become a lawful permanent resident (green card holder). However, based on such a grant of relief, you can obtain an employment authorization document (EAD) and can reside and work lawfully in the United States.

As it is true about any other area of immigration law, competent representation of your asylum claim is key in putting forth the best and strongest possible application. If you wish to seek asylum, withholding of removal, or relief under Convention Against Torture you are required to file Form I-589. Form I-589 covers all of these forms of relief. There is no filing fee associated with an application for asylum. Asylum process presents unique challenges because of the difficulties in meeting the criteria for asylum, lack of documents, witnesses or other corroborating evidence to prove a claim of persecution, and reliance on the asylum-seeker’s own memory.

Be careful of lawyers or representatives who “promise” you that you will win your asylum case and that you have “nothing to worry about”! You should consult with a competent immigration attorney prior to filing an application for asylum, because there are severe consequences for filing a fraudulent asylum application with an Immigration Court. While those who “promise” you a victory have nothing to lose if you do not win your asylum case, you have everything to lose! Do not take unnecessary risks!

If you believe you are eligible for asylum, withholding of removal, or relief under Convention Against Torture and would like to apply, click here to download Form I-589.