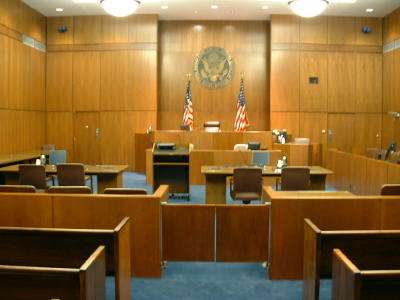 I have litigated numerous cases in federal courts and have received the following favorable decisions:

Matter of Zmijewska, 24 I. & N. Dec. 87 (BIA 2007): The Board of Immigration Appeals, acting on an order of the federal court (2nd Circuit), ruled that an alien has not voluntarily failed to depart the United States when the alien, through no fault of his or her own, was unaware of the voluntary departure order or was physically unable to depart within the time granted.

Zmijewska v. Gonzales, 426 F.3d 99 (2d Cir. 2005): The Second Ciruit court declared that an alien is not subject to the 10-year bar for failing to leave the country under voluntary departure, if she was not aware of the voluntary departure order through no fault of her own.

Ashley v. Ridge, 288 F.Supp.2d 662 (D.N.J. Oct. 29, 2003): The New Jersey District Court struck down the government’s “automatic stay” of an immigration judge’s grant of a bond to a detained client, who was allowed to post a bond and released while his immigration case was pending.

Federal court litigation can be time-consuming. If you are considering taking your case into federal court, it is wise to consult with an experienced immigration lawyer before spending your time and money on litigation!

In an immigration-related federal court litigation, you can:

Challenging the USCIS’ Unreasonable Delay in Adjudicating A Benefits Application

If you have filed a benefits application, such as an adjustment of status (green card) or a naturalization application, and if you have already been interviewed, but have been waiting an unreasonably long time for a decision, you can begin litigation in federal court against the USCIS by filing a mandamus to compel a prompt adjudication. You are ENTITLED to have your benefits application adjudicated and the USCIS is required to adjudicate applications in a reasonable time. Litigation in federal court can lead to a resolution in matter of weeks or months, rather than your having to wait and wonder what is going on with your application.

If you have been waiting an unreasonably long time to get an answer from the USCIS on any benefits application or petition you filed, you should consider commencing litigation in federal court to force the USCIS to make a decision on your petition or application. Contact me today if you want to explore your option to commence a law suit against the USCIS in a federal court litigation!

Click here to check the current status of your pending application with the USCIS.

Challenging the USCIS’ Denial of An Application for Naturalization

Becoming a citizen is an honor and a privilege. If you believe your application was erroneously denied, you should not be afraid to litigate the validity of that denial in federal court. Many times, after litigation is commenced in a federal court and the government attorney (not associated with the USCIS) has reviewed the case, your attorney and the government attorney will reach a reasonable settlement, which allows the applicant to naturalize.

Click to learn more about general requirements for naturalization.

If you believe that your naturalization application was wrongly denied, and you wish to have a federal court judge review that decision, contact me today to see whether your case can be litigated in federal court.

Challenging the Unlawful Detention of Someone in Immigration Custody

Federal court litigation can also be commenced to challenge the unlawful detention of someone in immigration custody. The toughest part of immigration law are issues related to detention. More and more people are being detained by the U.S. Immigration and Customs Enforcement on the basis of either an old deportation order or a recent conviction. Certain aliens (including people with green cards) are subject to mandatory detention under INA § 236(c). Even the Supreme Court of the United States has found that such detention is lawful. However, there are other types of detentions that may be unlawful and you can challenge those in a federal court litigation.

Some of the most common types of detentions that may be unlawful are:

You can litigate the unlawful detention of someone in a federal district court by filing a petition for a writ of habeas corpus. Often times, if deportation is imminent, a habeas corpus petition may be the only way to stop the deportation of the person.

If you are, or someone you know is, unlawfully detained, contact me today to see whether federal court litigation can be commenced to challenge the unlawful detention.

Challenging a Removal Order on Legal or Constitutional Grounds

In very limited instances, you can commence federal court litigation to challenge an order of removal or deportation. Challenges to removal orders are flooding the federal courts. The number of cases filed in federal courts keeps increasing every year. This is because the Board of Immigration Appeals continues to make factual and legal errors in dismissing appeals and denying motions. Additionally, there are instances of ineffective assistance of counsel by other lawyers or representatives that can lead to a removal order.

For you, an unfavorable decision from the Board means the end of your fight at the administrative level. While you can file motions to reconsider and reopen, until and unless the Board grants your motion and reopens your case, you are subject to the decision made on appeal or the motion, which is usually a dismissal (in the case of an appeal) or a denial (in the case of a motion). In the end, this means a removal order against you that can be carried out at any time, day or night, and you can be taken into immigration custody pending your removal from the United States.

To file a proper petition for review in compliance with the current laws, you need to have a lawyer who is experienced in federal court litigation, who understands the Federal Rules of Appellate Procedure and the Local Rules of Court, and is admitted to practice before that Court. Many immigration lawyers are simply unfamiliar with the complicated federal court rules and procedures, which, if not followed strictly, can result in the Court’s dismissal of your petition for review!

If you believe that:

(1) you have been waiting an unreasonably long time to get an answer from the USCIS on your petition or application;

(2) your appeal was improperly dismissed by the Board of Immigration Appeals;

(3) your naturalization application was erroneously denied by the USCIS;

(4) your motion to reopen or reconsider was erroneously denied by the Board; or

Contact me to see whether it is possible to litigate your case in federal court. This may be your only (or last) chance to stay in America!