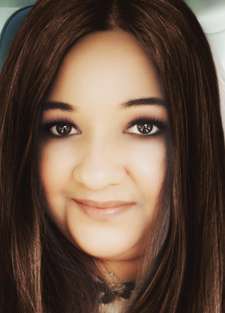 As an immigration lawyer, my goal has always been to provide the highest quality of legal representation to those facing deportation or other form of separation from family and loved ones, or when applying for any immigration benefit in the United States, such as green card or citizenship. Over the last 20 years in practice, I have successfully helped hundreds of clients with their immigration cases, whether they were facing deportation for a simple immigration violation, such as entering the country unlawfully or overstaying a visa, to more complex situations involving serious criminal convictions. I have also represented clients in federal courts, at administrative interviews, and on appeals and motions before the U.S. Citizenship and Immigration Services, Board of Immigration Appeals, various immigration courts throughout the country, as well as joint motions to reopen old deportation or removal orders with Department of Homeland Security. I always want to make sure that my clients fully understand how the current U.S. immigration laws apply to their specific case, as laws are changing constantly through policymaking by political administration or by case law, and because no two cases are ever the same. At the end of the day, my first priority is to make sure that my clients have necessary and accurate information about their own immigration case, what they can and should expect as they pursue their case, and how I can help with the process. My experience has taught me that my clients appreciate direct responses from the lawyer when they have questions about their case or the law, which has allowed me to tailor my law practice to meet those specific needs people have.

My Own Immigration Story

My interest in immigration law stems from my own personal experiences when I was growing up. I immigrated from India at the age of 9. Having gone through the U.S. immigration process myself, I discovered the countless difficulties and frustrations presented by the immigration system, the lack of accurate information available, and the delays caused in the administrative process. When I became a U.S. citizen in 1996, I realized that even though I understood English well and was in college, I found it extremely difficult to navigate the U.S. immigration system, including its forms that often lack clarity, the laws, and procedures. After going through that experience, I decided that I wanted to be an immigration lawyer and help others navigate the complicated system of U.S. immigration laws. At Syracuse University College of Law, I focused my time and experience in learning immigration law in and out of school, including volunteering at an immigration lawyer’s office in Syracuse, working as a summer intern at the Newark Immigration Court in New Jersey after my first year of law school, and working as a summer associate at a Manhattan immigration law firm after my second year of law school. Following my graduation in 2002, I joined a fast-paced New York City immigration law firm, where I concentrated my efforts on deportation and removal defense, family-based immigration, drafting appeals and motions, and federal court litigation.

In the spring of 2007, I started my own law practice with a partner, because I felt I could help people more individually in a smaller size boutique law practice rather than in a high-volume larger firm. I was right! I found the personalized service to clients more rewarding than I expected, and wanting to go even further in providing tailored service to each individual client, in 2012, I started my solo practice that exists today, where I handle everything from the initial client contact, to answering phone calls, responding to e-mails, preparing all written legal work, and attending interviews or conducting immigration court hearings! All of my experiences, personal and professional, have only deepened my love for immigration law and I cannot imagine doing anything else that would be more rewarding than helping people with their immigration journey to either come to the United States, or to remain here with their families and loved ones.  I have learned so much about each and every client that has passed through my office, and many continue to stay in touch years later, sharing their family stories and photos, just so that I can see the difference I made in their lives.  What more can I ask for!?

Quick Facts About Me:

Matter of Zmijewska, 24 I. & N. Dec. 87 (BIA 2007) (An alien has not voluntarily failed to depart the United States under section 240B(d)(1) of the INA when the alien, through no fault of his or her own, was unaware of the voluntary departure order or was physically unable to depart within the time granted)

Zmijewska v. Gonzales, 426 F.3d 99 (2d Cir. 2005) (remanding to the Board of Immigration Appeals to determine whether an alien, who through no fault of her own, fails to depart under a grant of voluntary departure remains subject to the bar for failing to depart)

I encourage you to look around my website and I hope you find the information here helpful. If you or a loved one are in need of an experienced immigration lawyer, feel free to contact me to see how I can help!