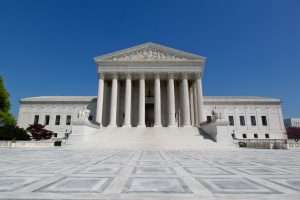 By a vote of 4-4, the Court was deadlocked, meaning the Fifth’s Circuit’s decision issuing a nationwide injunction on President Obama’s DAPA and expanded DACA programs remain in effect.  This means 4 million people who expected to benefit from the programs remain in limbo.

Since Justice Scalia’s death, with only 8 justices on the bench, there was no “tie breaker” vote, which is why the decision is 4-4.

There will be a later appeal, so Obama immigration policy will be revived IF Hillary Clinton wins and a democratic nominee provides a 5th vote.

The decision does not affect the original 2012 DACA program that was put into place.